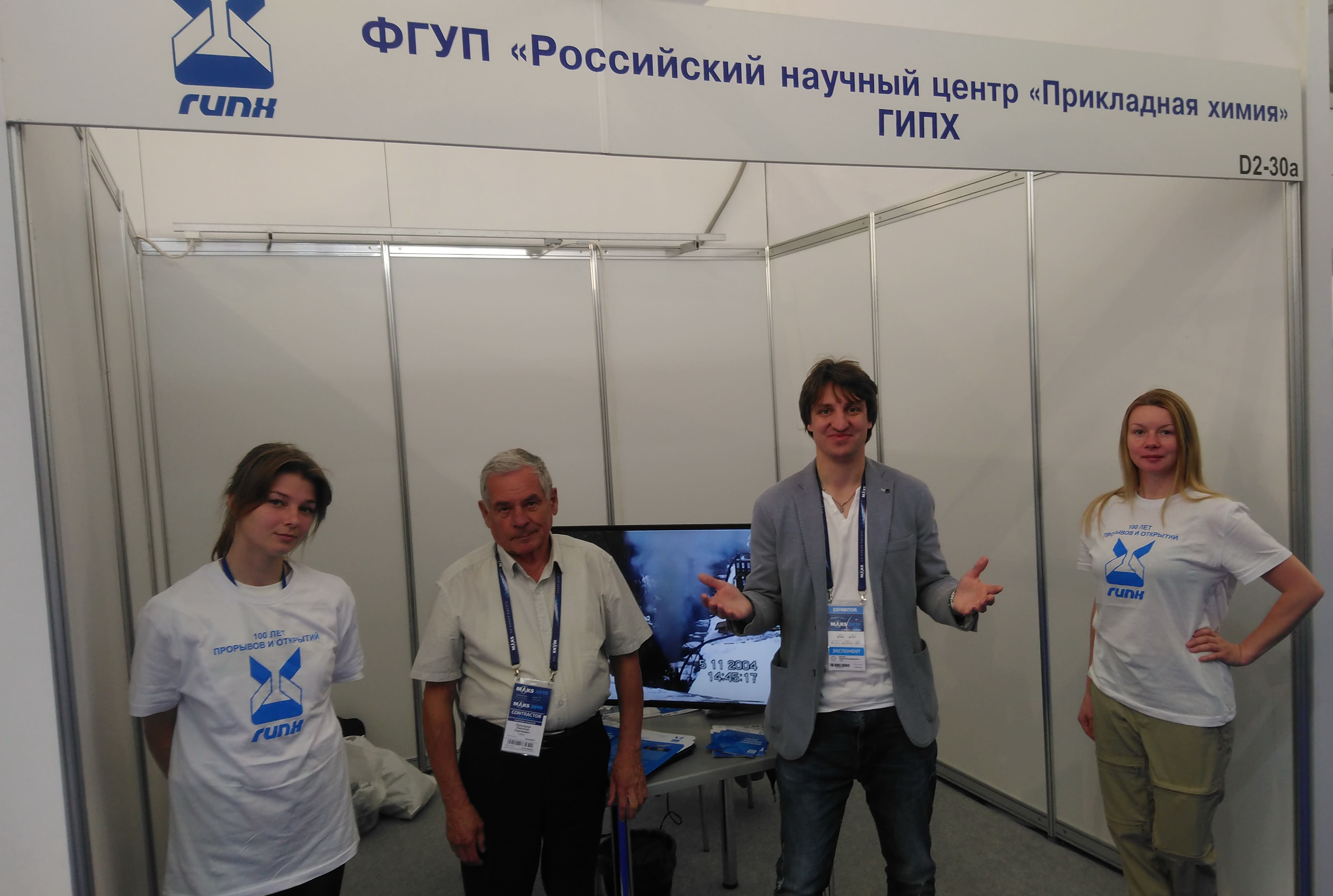 GIPH became a participant of MAKS-2019

In addition, GIPH, together with the Charity Foundation Legends of Aviation and the OUR SKY Foundation, organized a press tour on board the world’s first aircraft with a cryogenic engine Tu-155, in the development of which GIPH participated. Nikolai Prokhorov, one of the participants in the development of the Tu-155, spoke to the guests of the event. He spoke about the implementation of the project and new promising developments in the field of cryogenic fuels. Also during the event, a demonstration of the operation of the oxygen generator on solid sources was held on board the Tu-155 aircraft, and all participants of the press tour were given the opportunity to directly test this development and breathe oxygen on solid sources.